What was the disease? Who were the major players trying to combat and contain it? And how did it change the city afterwards?

(This post was also inspired by my reading of Fever, 1793 by the fantastic young adult author Laurie Halse Anderson, so if you’ve not checked out that book review, you can have a look here!)

First of all, what was/is yellow fever and how is it spread?

It’s an infectious viral disease, characterized by the disturbing color changes of the eyes and skin (to yellow, thus the name) and purple blotches under the skin from internal bleeding. And it’s spread by certain mosquitos! The only problem is: nobody knew it was spread by mosquitos until 1881. So when the disease struck colonial Philadelphia hard in the summer of 1793, they didn’t know to blame the little bugs breeding in the stagnant, muddy swamps.

Instead, Dr Rush, one of the city’s leading physicians and signer of the Declaration of Independence (fun fact), blamed it on the predominate medical theory of the time: miasmas or bad smells (which I talk about in more detail in my last post!). Rush pointed to rotting vegetables and coffee left out in the wharfs, general bad sewage and uncleanliness in the city.

Many others at the time were also quick to lay blame at the feet of the refugees fleeing the Haitian slave revolt. (Which is a very interesting story in itself. I remember giving an oral report on the Haitian Revolution, in probably very terrible french, for my high school French class. Basically, an army of slaves, led by Toussiant L’Ouverture, wrested control away from the colony’s white rulers and Haiti become the first black-led nation in the West. It’s been a long time since I read about this in any detail, but let me know if you want to know more!)

I’ve read conflicting accounts of whether or not this bout of yellow fever was actually brought to Philadelphia by these refugees, of various races, arriving to Philadelphia. But we do know that it was/is definitely spread by mosquito bites. And there’s a clever nod to this at the beginning of Halse Anderson’s book where the main character describes ‘a mosquito whining in my left ear.’

How was it treated?

Benjamin Rush again relied on conventional medical knowledge of the time period and he bled people (more on this in my last post) to get rid of the ‘pestilence’ in their bodies. This likely did kill people, on accident of course. He also gave them medicines to make them poop, again to get rid of the pestilence, and he advocated for keeping the city clean (believing the disease spread through foul air).

French doctors in the city, however, didn’t want to bleed people. Instead, they suggested rest, fluids, and plenty of fresh air. That ‘cure’ still holds water by modern standards, and I’m guessing these methods saved a lot of people’s lives in the city! Yay, French doctors!!

Dr. Rush’s treatments may have been harmful, but his presence in the city and dedication to medicine was actually very brave. He didn’t flee, as many did (including Washington and Jefferson, who were there for Congress – Philly was the capital at the time). Rush felt it was his duty to stay behind and help the city as best he could. 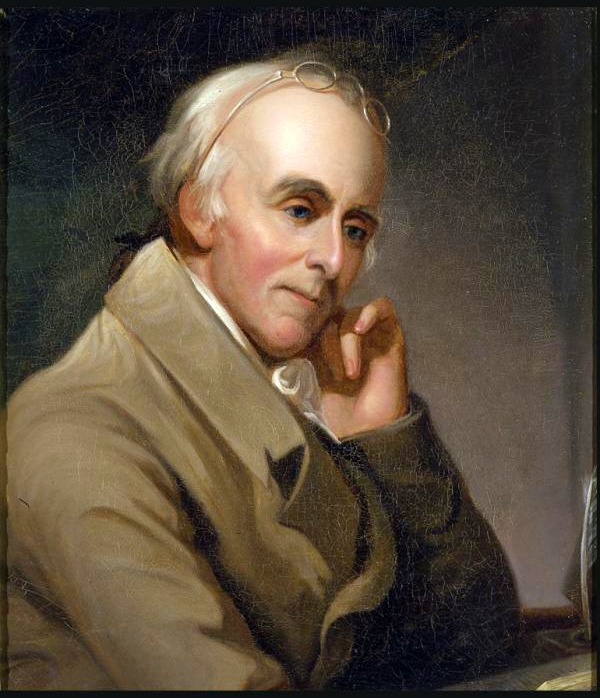 Rush also held the (false) belief that African Americans couldn’t get the disease, so called upon the Free African Society (which was an aid organization to help African Americans in the city) to tend to the sick. Under the leadership of Richard Allen and Absalom Jones (founders of the Free African Society), society members worked tirelessly tending to the sick of all races. They nursed people day and night, they drove carts, dug graves. The sights that Jones and Allen recall of the city during this period were terrible, full of gloom and fear (and seem eerily familiar to us now, living during a pandemic):

“at this time the dread that prevailed over people’s minds was so general, that it was a rare instance to see one neighbor visit another, and even friends when they met in the streets were afraid of each other, much less would they admit into their houses.”

Despite Rush’s theory, of course African Americans could get the disease and sadly some of these people did die in service to the city’s relief efforts.

After the epidemic was over, Free African Society members were attacked in a pamphlet published by local printer Matthew Carey, who alleged that the black society members had been corrupt: stealing from the sick and overcharging for burials. The Mayor, Matthew Clarkson, responded in the city’s newspaper, refuting the charges and defending the work of the Free African Society. Jones and Allen wrote their own pamphlet in response to these charges too, chronicling what their society had done for the city: A Narrative of the Proceedings of the Black People, During the Late Awful Calamity in Philadelphia, in the Year 1793: and a Refutation of Some Censures, Thrown Upon Them in Some Late Publications. (You can read this pamphlet here). 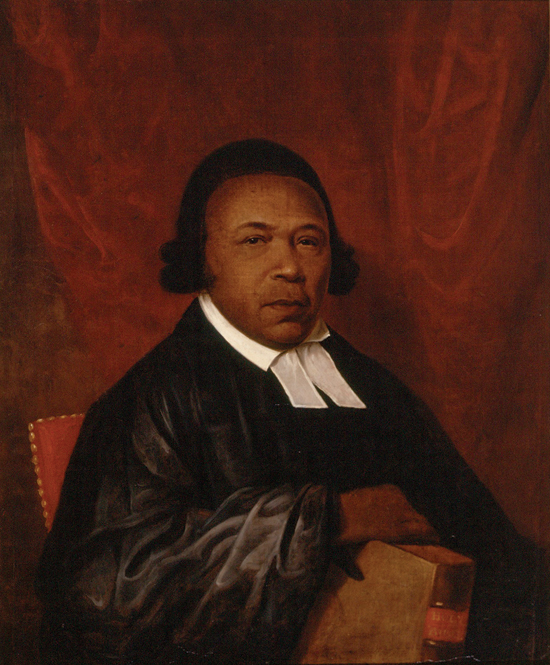 Absalom Jones, painted by the same talented fellow, Peale, that did the Dr. Rush’s portrait above. Jones was a fascinating guy: he was born a slave in Delaware, won his freedom, went on to help found the Free African Society, and was the first black Episcopal priest.

How did it end?

Right now, in early 2021, we’re all wondering how the Covid-19 pandemic will ‘end’ and when life will return to normal. But instead of waiting on their population to become vaccinated, what ended the three months of hell that Philadelphia experienced in 1793 was actually: cold weather.

With the first frost, the mosquitos died out and the transmission stopped.

Although it’s important to note that yellow fever is still around, just not in the USA because in the 1930’s, drum roll…we got a vaccine for it. Yay vaccines! It does still exist in parts of sub-Saharan Africa and South America though.

What were the LASTING effects?

Of course there were nightmarish personal consequences, which are difficult for us to fully imagine. After weeks of seeing carts rolling by filled with the dead, many children orphaned, streets deserted, food scarce, people were surely traumatized and grief stricken. Many of them had lost family and friends.

But in the city as a whole, it did lead to more strictly enforced sanitation laws and a whole new water  system (many thought that bad water could be a cause of the fever). So some general good things did come of it even if, again, they hadn’t yet correctly identified the root cause of disease transmission.

So that’s just a peak into an interesting and quite harrowing moment in American history. Hope these last three posts were an interesting look at medicine and disease in 18th century America. There are so many more topics I could go into here (we’ve never talked about small pox, I don’t think, on this blog and that was a major issue at this time).

I think it’s so interesting to learn about how historical people thought of and handled disease, especially now with our current pandemic still very much alive and well.

Did you enjoy (maybe ‘enjoy’ is the wrong word…) reading about yellow fever in Philadelphia? What other aspects of early American health and hygiene would you like to know about? I get a lot of questions when I’m working at The Georgian House about baths and personal grooming, so I’m happy to talk about that! A bit of a lighter subject.

As always, THANK YOU for reading, and stay safe!

‘Madeira Mondays’ is a series of blog posts exploring 18th century history and historical fiction. Follow the blog for a new post every other Monday and thanks for reading!