On a winter’s Sunday I go

To clear away the snow

And green the ground below.

April all an ocean away

Is this a better way to spend the day?

Keeping the winter at bay.

– from The Decemberists’ ‘January Hymn’

January is named after Janus, the Roman god with two heads facing in opposite directions. He looks towards the past, but also towards the future. He’s the god of doors, bridges, gates – those liminal spaces and funny, in-between places where we’re transitioning between one place, thing, activity, and into the next. Like many people, I usually spend January looking back, but also planning, gathering and gearing up for what’s to come. Looking ahead also helps combat those January Blues that I always feel after returning from my holidays in sunny Austin Texas, to the quiet, cold, gray-blue Scottish winter.

And there is a lot coming up this year… 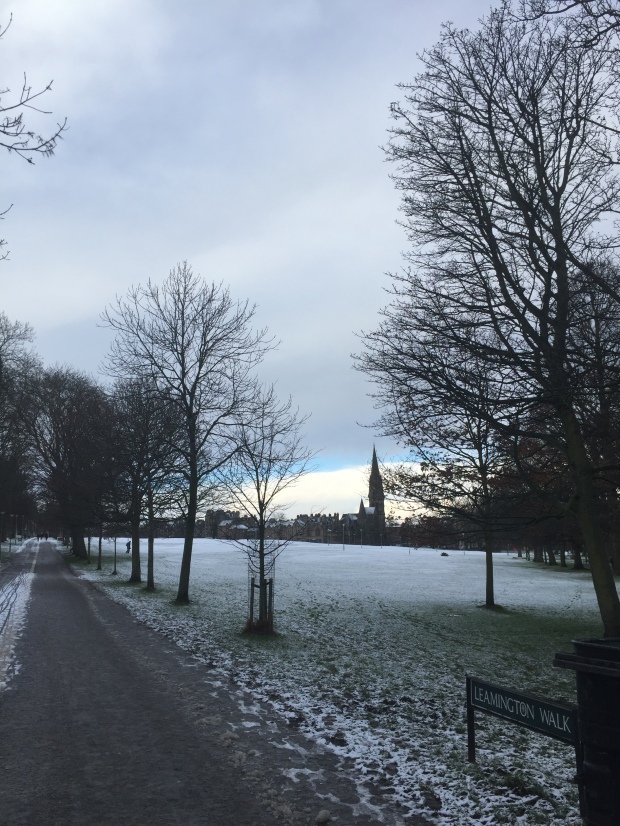 2018 will be, for me, a year of travel, and of endings/new beginnings. Socially, I’ve got two weddings of two very close friends to attend this year – one in the spring in Portugal and one in the autumn in Texas. I was delighted to be asked to be the Maid of Honor for the latter and I’m really looking forward to both. These weddings are amazing opportunities to reunite with friends and family in beautiful places (with plenty of cake and wine!) and to celebrate the next chapter in my friends’ lives.

Other trips I’ve got planned include a visit to Colonial Williamsburg and the College of William and Mary in Virginia USA in June for a very exciting conference I’ll be taking part in (I’ll tell you more about that soon!). On top of that, I’m planning a Scandinavian trip for a couple of days to see another close friend in the Spring. So there are lots of journeys coming up!

Academically, this is the year that I will be submitting my Doctorate of Fine Arts (in the autumn) and hopefully sending my finished novel manuscript off to agents before that (in the spring/summer). At the moment, I’m in the middle of revising my historical novel, using the comments that my supervisor (an Early American historian) gave me about the first draft. I must say that while revision poses its own challenges, it’s nice to be working with a full manuscript and to see the structure of the story more clearly in my head. In building terms: I have the house already and now I’m just adding on to the kitchen, changing out carpet for hardwood floors, redecorating the living room, etc. 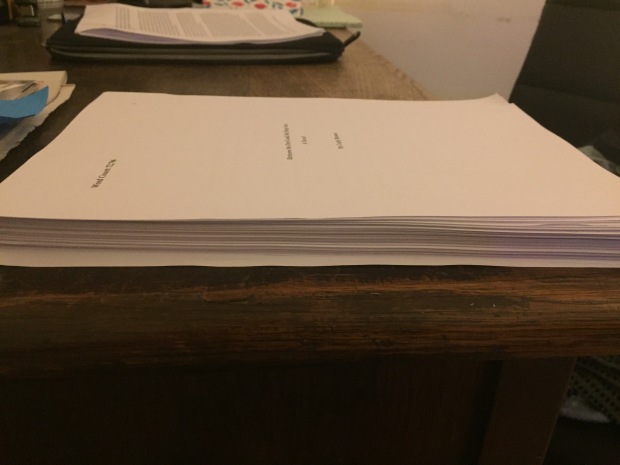 I did one performance this month at the wonderful Scottish Poetry Library (where I am also an Ambassador – follow us on Twitter!) at the God Damn Debut Slam. This is a unique slam where you have to perform something brand new! I was a featured poet and I went on after the slam itself, but I really loved seeing the competition and all of the poets performing their new material aloud – which takes a lot of courage! I’d highly recommend attending if you get the opportunity. It’s an excellent night.

Speaking of slams, the Scottish National Slam Championships 2018 happened this month in Glasgow at the Tron Theatre. This slam – which I won back in 2013 – invites any poets who have won slams throughout Scotland that year to compete and the winner gets to represent Scotland at the World Series of Slam Poetry in Paris. This competition was my entry into spoken word in Scotland and, until I won it, I had no idea about the whole Paris thing! Needless to say, it’s a life-changing opportunity for whoever wins and, as always, the competition was fierce. Everyone shone and the final round – featuring Kevin McLean, Sarah Grant, Leyla Josephine and Sam Small – was one of the strongest I’ve ever seen. At any slam. Ever. Sam Small emerged as the winner and I’ve loved his work for years. At times surreal, visceral, biting and hopeful. He’ll do us proud in Paris. Good luck, Sam!

I’m going to start ending these monthly posts with a few recommendations of stuff I enjoyed that month. This month, I’d like to recommend Matilda (the 90’s kids film) which I saw at the Edinburgh Filmhouse as part of their Growing Pains series. I had not seen it since I was a kid and it’s worth a rewatch. Zany and dark but still full of joy. It was an important movie for me (and I imagine many 90’s kids) that showed us a strong, brainy, independent female heroine and taught us that reading is magic.

That’s all for now, folks. I’ll leave you with that Decemberists song I quoted in the beginning, if you’d like to have a listen. Until next time!