A colonial mansion, a hereditary estate, I would say a haunted house, and reach the height of romantic felicity – but that would be asking too much of fate. Still I will proudly declare that there is something queer about it. – from Charlotte Perkins Gilman’s The Yellow Wallpaper

I wanted to share with you a ghost story this week!

It is almost Halloween, after all. I went back and forth about which story to pick, and ended up settling on a story that was written in the 19th century, not the 18th, although it’s set in an old 18th century home. It’s about a woman who has been feeling unwell (a ‘temporary nervous depression’, she calls it) and travels with her husband to a fading ‘colonial mansion’ one summer, a space where she can (presumably) recuperate. Her husband, John, is a physician and forbids her from writing, or doing work of any kind, until she feels better. But the woman begins a series of secret journal entries, chronicling her growing obsession with the ‘yellow wallpaper’ which surrounds her, in the room where she’s being held.

At first the wallpaper is just an eyesore, ‘one of those sprawling flamboyant patterns committing every artistic sin’, but slowly it seems as though the pattern comes to life. It watches her. It moves. It is like the bars of a cage and, behind it, she sees a woman held prisoner, desperate to escape. 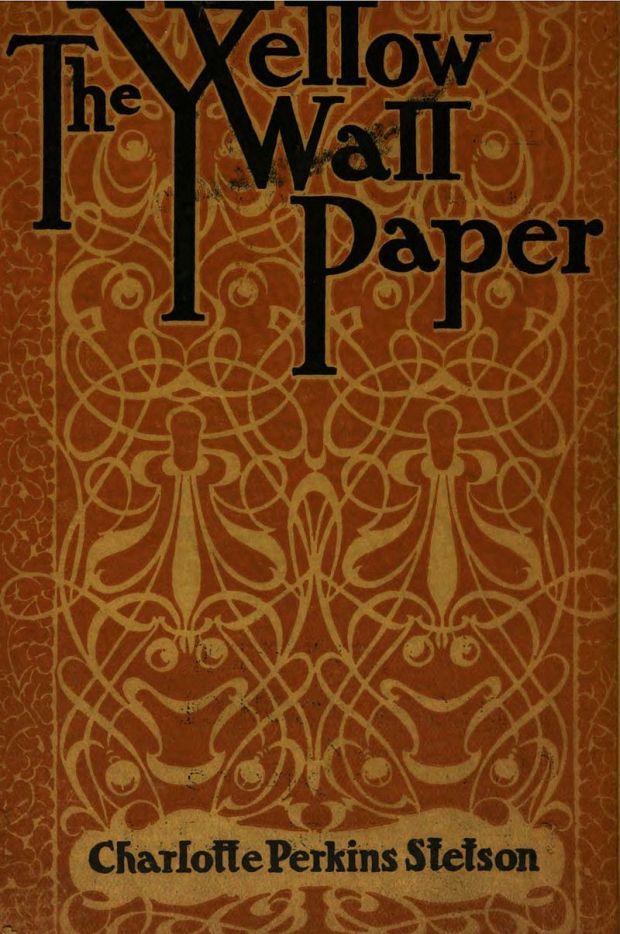 The book cover from 1901. Stetson was Gilman’s first married name, which she sometimes went by.

This is quite a famous short story but one that I hadn’t actually read until a couple of weeks ago. Quite simply: I loved it. I loved everything about it, really. I loved the themes in it: the repression and infantilization of women at the time in both marriage and in medicine (she’s treated like a child by her husband, who is also her doctor, and her own beliefs about her own health are ignored), the importance of creativity and self-expression.

It is full of vivid and unsettling imagery and I could see this wallpaper so clearly through the narrator’s eyes, as she slowly descends further towards insanity:

…when you follow the lame uncertain curves for a little distance they suddenly commit suicide – plunge off at outrageous angles, destroy themselves in unheard of contradictions. The color is repellent, almost revolting: a smoldering unclean yellow…

The story is on one level a critique of a specific psychological practice of the time to treat ‘nervous’ women, known as the ‘rest cure’. Gilman herself had suffered from postpartum depression, and was prescribed the ‘rest cure’. She wasn’t allowed to write or have any kind of mental stimulation – all she could do was ‘rest’ (which meant enforced seclusion and bed rest). Her doctor told her to:

Live as domestic a life as possible. Have your child with you all the time…Have but two hours’ intellectual life a day. And never touch a pen, brush or pencil as long as you live.

(As quoted in the ‘Introduction’ to Ghost, edited by Louise Welsh) 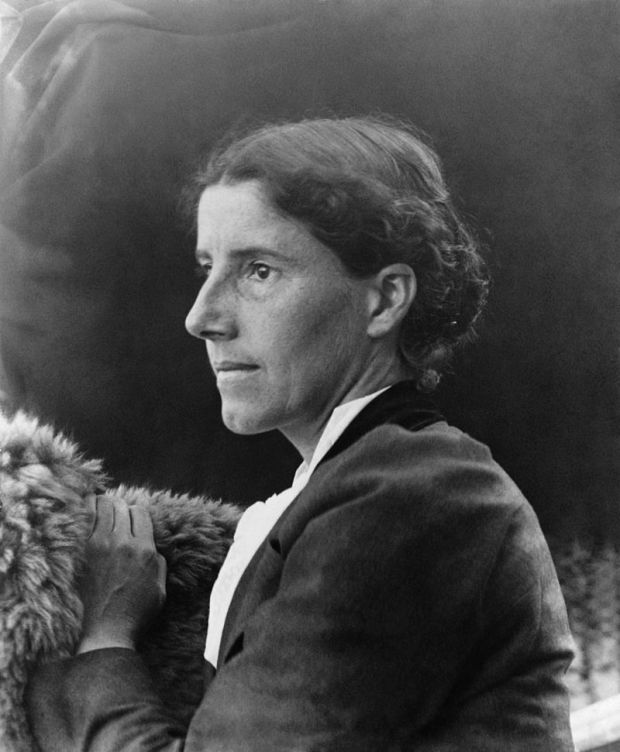 Interestingly, according to this article I found from the American Psychological Association, the cure that Mitchell prescribed to women was very different to the one he suggested for men:

While Mitchell put worried women to bed, he sent anxious men out West to engage in prolonged periods of cattle roping, hunting, roughriding and male bonding.

So…women had to shut themselves away inside, and stop engaging in any sort of self-expression. Men should get out there and…ride some horses! It was called the ‘West cure’. I laughed so much when I learned about this, because it so clearly illustrates the misogyny and the cultural stereotypes of the time. Women were told to go back into the home, into the domestic sphere, while men experiencing what we might think of now as depression and/or anxiety were encouraged to just get out there, go outside and do some ‘manly’ activities (like hunting or herding cattle).

In any case, Gilman’s story is inspired by her experiences with the ‘rest cure’ and its negative effects, but it’s also a timeless story about how important it is for everyone to be able to express themselves. The narrator finds it a ‘relief’ to write. There is a great irony that everyone around the narrator wants her to stop writing (‘I verily believe (John’s sister) thinks it is the writing which made me sick’), but in reality it is the writing which is keeping her alive.

But is this a ghost story, Carly, you might ask? Well…I think so! And not just because I read it in the ghost story anthology, Ghost, edited by Louise Welsh. It’s quite a gothic tale (spooky old house, a woman in captivity, heightened emotions) for one. But it’s also a ghost story because the narrator is haunted by the yellow wallpaper. More broadly, she’s haunted and tormented by the confines put upon her by her husband and the male-dominated medical establishment of the time.

I know I’ve made it sound quite heavy, but it’s a brilliant story, very readable, and free to read online (it’s available here on Project Gutenberg). 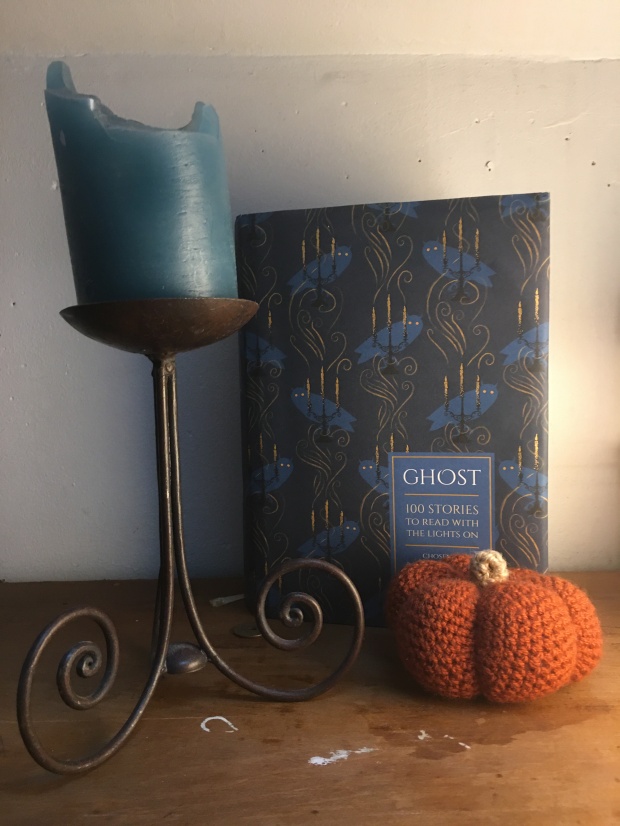